History of Aviation in Seychelles

The first aircraft to reach the Seychelles “under its own steam” was a consolidated model 28 Twin-Engine Flying Boat, the civil version of the famous Catalina, which arrived on the 17th June 1939 named GUBA 11. That was well before the opening of the Seychelles International Airport which occurred on the 20th of March 1972. The opening of the airport was carried out by Her Majesty Queen Elisabeth II and it was an epic event for our Small Seychelles Island State.

Wilken Air of Kenya operated in Seychelles once a week between Mombasa and Mahe via Comoros Island with a twin-engine Piper Navajo was followed by East African Airways in November 1971 and then by Air Malawi and Luxair in December of the same year. The BOAC SUPER VC10 was the first jet aircraft to land at Seychelles International Airport on the 4th of July 1971.

The Directorate of Civil Aviation (DCA) was created in 1969 with Mr. Basil Sutton as Director and three other employees. In 1971 with Wilken air operations, air traffic control was done from a private house at Anse de Genet. The Fire Service was based in Victoria and one Land Rover Fire vehicle was dispatched to the airport to attend to the flights. The meteorological station was situated at the Long Pier Road, the old Port. In August 1970, recruitment and training of dedicated airport Firemen took place. Twenty-four men, together with four Fire Trucks made up the Fire Service under the leadership of Mr. Joseph Simson.

At the time of the opening of the airport in 1972, the following infrastructure existed: The 2987m long runway, a Control Tower the structure being pretty much as is today – the Fire Service, the meteorological station and a handful of electricians. Ground handling and all other airport operations were carried out by the DCA. The airport ran by expatriates provided by International Aeradio Limited (IAL). Radio communications and NAVAIDS (CVOR/DME, NDB at Grand Anse Mahe, NDB at St. Louis) maintenance were being provided by Cable & Wireless (also englishmen). The first Seychellois Air Traffic Controller was Maurice Loustau Lalanne in 1975.

The Aero Club was also launched that year with the first Seychellois Pilot Mike Savy as President. It is interesting to note that Mike Savy is the Father of the bygone Air Seychelles CEO Captain David Savy who himself, was one of the first Seychellois pilots who made Captain on a Boeing 767. By 1974, some 30 plus different airlines were flying to Seychelles. Ground handling and all airport operations were being carried out by Aviation Seychelles Company, a company formed in 1973.

The airstrip on Praslin, which is the second largest island in the Seychelles archipelago, became operational in 1972. In 1988 a project was undertaken to build up Praslin to a proper aerodrome. A Control Tower, Fire Station and Terminal Building was constructed and the runway was paved and extended to 1250m by 23m. Further extension of the runway took place in 2001 and a new Terminal Building (the current one) to cater for passengers was built.

The construction works for the substantial expansion of the Seychelles International Airport started in July 1980. The plan was to have a Passenger Terminal to handle 150 arriving and 150 departing passengers simultaneously. However, due to the continuous increase in passenger traffic, the actual Terminal Building finally built could cater for 400 arriving and 400 departing passengers at any one time. Parking bays for up to six aircraft were catered for. 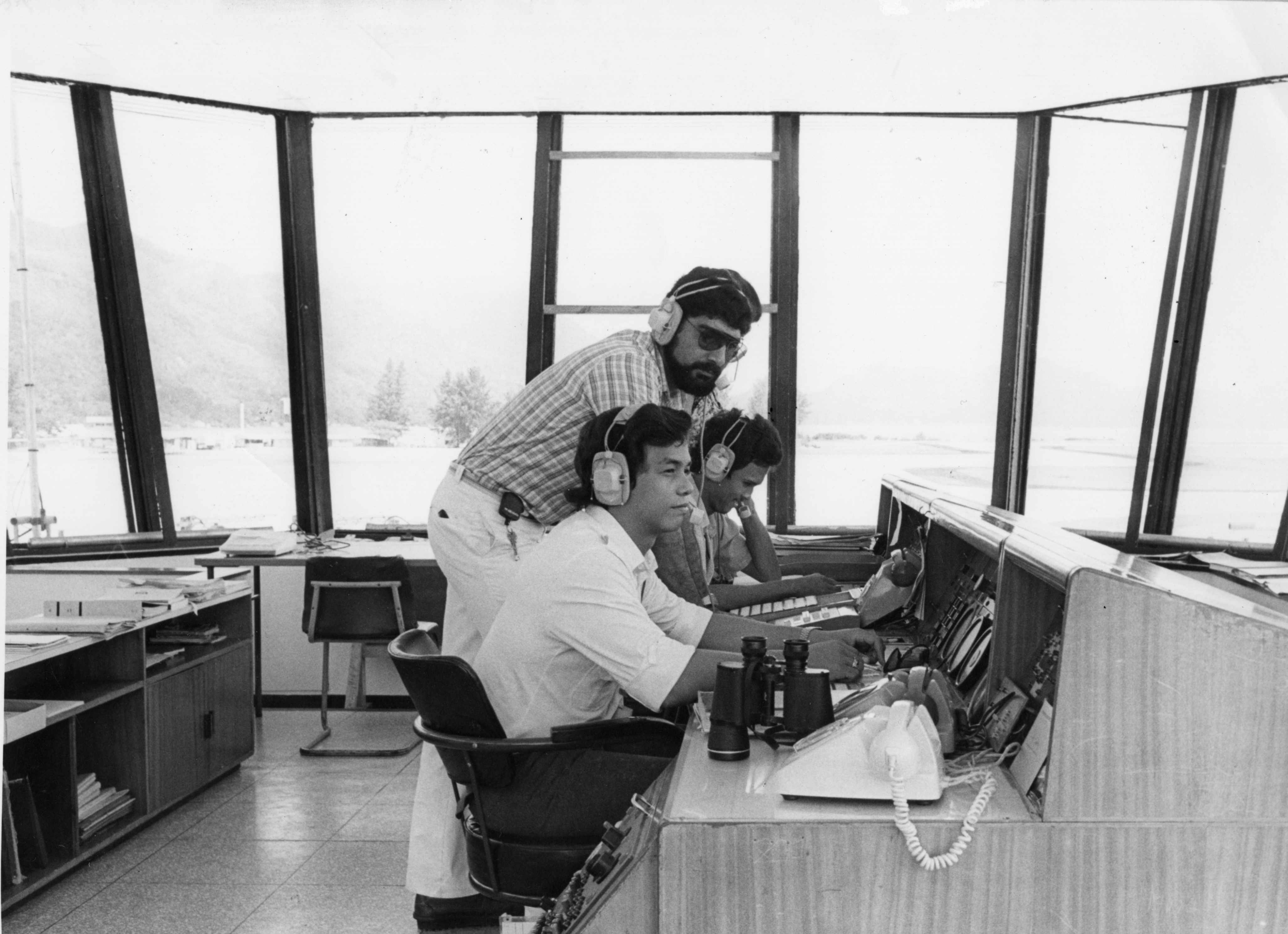